Get a free guide to settling newborns

How NOT To Worry About Your Milk Supply 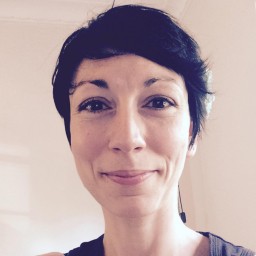 There’s only so much you can prepare for when it comes to labour. Me, I did everything I could in the lead-up to the big day.  Like many other pregnant women, I went to my antenatal classes and learned about the stages of labour, the different types of pain management and what an episiotomy was all about. I wrote a birth plan and read up on what to expect once my waters break. I spent hours agonising over what to pack in my hospital bag.

I thought I was clued up, knew what was coming.

And…while a lot of things happened during my first labour that I was prepared for, there were plenty of things that took me by surprise, despite my careful preparations.

And just so you know – these things might happen to you, too. You can thank me later ?

Here are 7 things that might surprise you on labour day:

It was around 3am when my waters broke, and the feeling of warm liquid gushing from my nether regions is up there with one of the most exciting moments of my life. I remember giggling with excitement while I wrapped  a towel around my bottom half, thinking that there I was wetting myself uncontrollably and I couldn’t have been happier. Bring on the contractions! I thought, somewhat naively.

I did what I was told and stayed home during early labour, timing the contractions and noting when they became longer and closer together. But even for early labour contractions, the pain blew me away. For some reason, I couldn’t stand talking or being with anyone when I was in the throes of one, so whenever I felt a contraction coming I went into another room to rock on all fours while the pain took over my body.

I tried taking a couple of these, as suggested by the midwife who ran our antenatal classes, but they had zero effect on the pain of contractions.  Hell, I even tried sipping on a glass of wine to take my mind off them, but alcohol was the last thing I wanted to taste while I was in labour, so that didn’t work either. I remember looking in the mirror after labouring all day at home, and I was pale as a ghost from pain and exhaustion. Still, that was only the beginning.

I knew the first stages of labour took some time to go through, but it was nearly a whole day from when my waters broke until I had my baby. What kept me going were the exciting things that happened along the way: hearing my baby’s heartbeat, being told I was ten centimetres dilated and feeling the first urge to push…although that one came with a price-tag.

I hate to break it to you, but based on this learning, I can safely confirm that pooing during your labour is a real possibility. And a little happening that my husband still likes to remind me about…

During our antenatal classes, I saw the graphic depicting how they baby goes down the birth canal and emerges head first into the world, but this wasn’t how it happened for me. During the pushing process, we found out that my baby boy had a shoulder stuck somewhere and couldn’t make his way like he should. At one point, his heart rate dropped due to distress, and everyone in the room looked at each other as if to say, ‘Uh-oh.’ It was a scary moment that I wasn’t ready for.

Then I had a baby, finally. They told me so much about what to expect during labour and birth, but no one prepared me for the incredible feeling of holding my very own newborn, who was handed to me by the midwife and instantly started whimpering into my neck, like he was relieved to meet me, and sorry for all the trouble he had getting here.  It felt divine, and everything about the world suddenly made sense.

Far out. I was ready to do it all again right then and there for him.